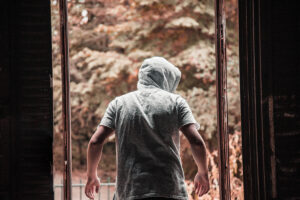 Burglary In Australia: What You Need To Know

Burglary or robbing one’s home is not an uncommon offense.

Well, to give you just a closer depth to it, burglary refers to an offensive act of forcefully entering one’s home or property to steal belongings that may be worth not hundreds but thousands of dollars.

These offensive acts are usually done by trespassers or thieves who intend to take belongings without the original owner’s personal consent, with the intent to steal and take away items for their benefit.

Statistics have shown us that from years 2018 and 2019, at least 2.4% of all homeowners in Australia have experienced break-ins.

Out of all cases, only 77% of the total cases being reported to authorities.

Out of all these total home robberies, 73% of the cases had items stolen, while 49% experienced damaged properties.

Within the years 2018 and 2019, at least 1.9% of all Australian homes have tried experiencing at least one break-in. Out of all these cases, only 44% of all houses were able to report to the authorities.

24% of the cases did not bother to bring up the robbery incident to the police due to considering the event to be too trivial or unimportant.

18% of the total cases, on the other hand, chose not to bother to bring the incident up to the police stating that there was nothing the authorities could have done to bring back the stolen items.

47% of these total cases reported that their doors and windows had been tampered with during the robbery. In comparison, 21% of the Australian households said that they had sensed (through seeing or hearing) offenders trying to break into their property.

Statistics have shown that back in 2015, Australia has been considered the top 5th country with the highest rate of household robberies in the whole world.

Following Australia was Europe that bore a smaller population.

Looking at the statistics in robbery in Australia by state, the Northern Territory of Australia had the most cases of break-ins back in 2017.

Putting all these statistics together, Australia had a 2.5% average of break-ins across all households.

Apart from the total number of robberies in Australia, statistics have also detected the top ten items commonly stolen during break-ins.

These are called hot items or things that robbers consider to be most valuable. These items are known to be quickly sold and disposed of.

Here is the list of the top ten hot items by order:

It is highly recommended that these hot items are secured safely or locked away, most especially if homeowners are not around in their household.

Safekeeping these items can highly protect homeowners from experiencing theft and robbery. Thus, less likely to become the target of intruders.

Data From Drug Use Monitoring In Australia (DUMA) Survey

A study conducted back in 2015 aimed to gather data and information on the current scenario of burglary in Australia.

The study was participated by police detainees who were found guilty of committing theft in Australian homes.

Here’s what the gathered data has to say, which includes the percentage of detainees who responded.

Reasons for a decreased property crime rate were mainly because of:

Reasons for choosing a property to target were found out to be affected by two different factors. The following were:

The common mistakes of homeowners which made their homes more at risk of robbery were also identified. The following are:

Common factors for unsuccessful entries were also identified during the survey. The following factors were:

Lastly, the survey also aimed to detect a burglar’s most common point/medium of entry. The results are as follows:

Thus, it shows that it is highly recommended for homeowners to ensure entry points in their homes, such as doors and windows are locked at all times.

This discourages burglars from trying to consider breaking into homes.

The Budget Direct Home Insurance initiated another survey to reveal the attitudes and behaviours of 1,000 Australian homeowners when it comes to their home’s security.

The survey has revealed that an average Australian is commonly lax and takes unnecessary protocols for the protection and security of their homes to theft and robbery.

Homeowners are most likely to have their security system, compared to renters.

Homeowners and renters who did not secure their security system, claimed that the precaution is an unnecessary expense or that it was too expensive.

Based on the survey, at least 69.4% of the respondents had home contents insurance, while 22% claimed that they are not confident if their home insurance would value all their belongings after a robbery.

67.2% of the respondents claimed that having their home security alarm system may affect their home insurance value.

At the end of the day, keep in mind that securing your home is the best solution to the threats of burglary.

Some simple ways you can ensure the safety of your home from potential burglars is through:

It’s time to start securing what you love. Reach out to Roden Security for a FREE home security audit today!

Let us secure what you love

Get a free quote